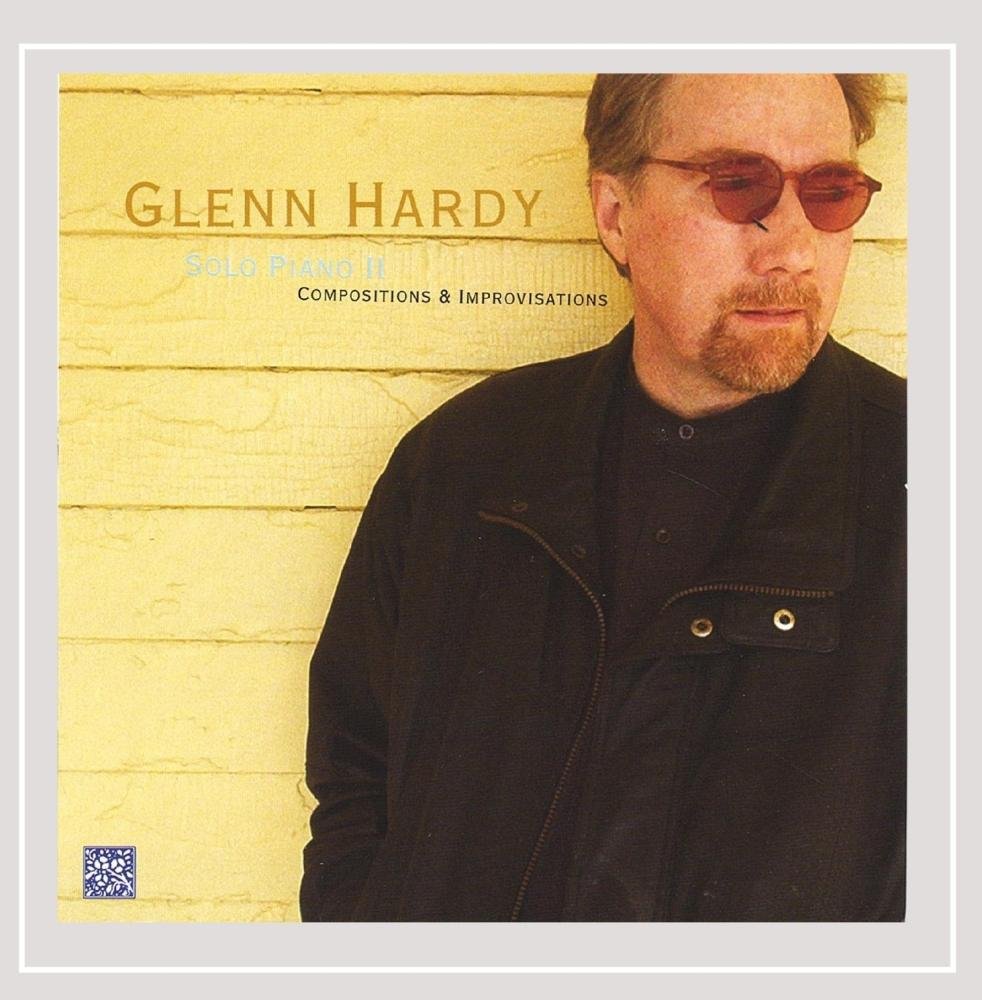 Glenn Hardy was born in Ventura, California, USA in 1950 and began piano study at the age of four. He was raised in a musically diverse home where his much older brother, an accomplished pianist and clarinetist, was a primary influence. Through access to his brother’s extensive record collection, Glenn developed an early interest in a wide range of music including classical, blues, jazz, and big band. In the 60’s, rock and folk music were added to the mix, setting the stage for a later career in which the cross-cultural and polystylistic musical tendencies of postmodernism would emerge. In 1968, Glenn received a music scholarship to study piano performance at University of the Pacific Conservatory. Here, he began to investigate medieval and renaissance music, the harpsichord, music of other cultures, and various forms of improvisation. Here, also, his German piano instructor demanded that he stop wasting his time improvising and playing jazz, and "Get back to Brahms!" This was not to be. Unable to reconcile his compelling interest in music outside of the classical mainstream with the required course of study, Glenn left the university and the world of piano recitals in 1971. He traveled extensively in the United States, Canada, and Europe, including pilgrimages to Salzburg, Bonn, and Vienna, the birthplaces of Mozart, Beethoven, and Schubert. Returning to California in 1973, he began performing and conducting early music in the San Francisco bay area. From 1975 to 1981 he owned and operated The Harpsichord Workshop of San Francisco, a center devoted to the building and maintenance of early keyboard instruments. During this time he also studied jazz piano, and began composing in a style which reflected his various musical influences. In 1982, Glenn left California for New England where, in addition to composing for piano, organ, chamber groups and orchestra, he collaborates with his wife, Margaret, a poet, on vocal and choral works. Together they have written THE FOUR ARTISTS'" for vocal soloists, piano, and chorus: a look at the relationship between artists and society, THE AGE OF EXPLORATION'" for soprano, cello, and harpsichord, which examines the roles of women in the renaissance and today, and IMAGES 1939/1993'" for contralto, chorus, piano, and string orchestra, which explores modern genocide in Europe. Glenn lives with his wife in Mystic, Connecticut, USA, where he continues to compose, improvise, teach, and perform. He has several CDs of solo piano music. He and his wife have a son, Benjamin, 26.

HAND-PICKED BITS & BITES
Get the recipes from Jamie's new TV show Together
Have a bangin' Bonfire Night with our collection of cracking recipes
Get more of the good stuff with our delicious veg-packed dishes
Cook up a storm with an online class at the Jamie Oliver Cookery School
Find out more about our B Corp status and read our Social Impact Report
Order your copy of Jamie's brand new book Together today!